A downloadable game for Windows and Linux

Defeat your enemies by only dashing!

Yuuto Ichika Gets DMCA'd is about best bootleg Yuuto Ichika, and it's also about defeating bosses solely by dashing!

It's also a  fangame of LAME Dimension's works, especially:

By dashing all over the screen quickly, you'll charge up an attack — Yuuto's famous rock — which defeats your opponents in one blow!

The more time you spend dashing — and the more screen area you cover — the faster you'll charge your attack!

It's designed especially for speedrunning!

A boss phase might initially take you 40 seconds to defeat, but with mastery you may actually clear it in 4 seconds!

Even a barely optimized speedrun takes less than five minutes, and you can speedrun on any difficulty you like, so it's quite accessible to try out.

There's even an online leaderboard where you can watch every player's replays!

This game was originally developed as a gift (and weird joke) for ChairGTables and LAME Dimension.

A text file with more complete credits is included with the game.

1920x1080 is ideal and has the best performance.
For most resolutions, you can fix issues using windowed mode (Alt+Enter).
For lower resolutions, the graphics may not render correctly.
If the game runs slow, adjust "Graphics Quality" in the Settings menu.

So many good surprises! I love it!

You changed my life forever 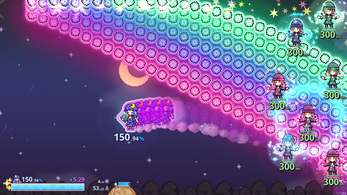 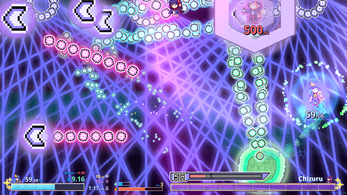 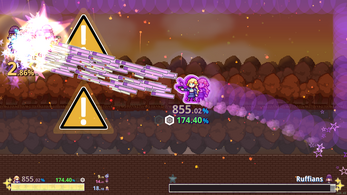 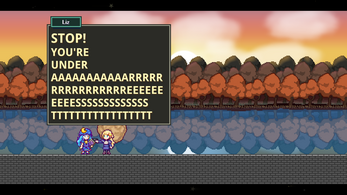 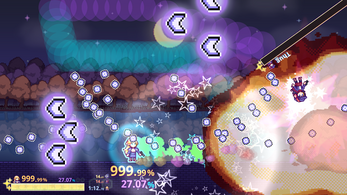 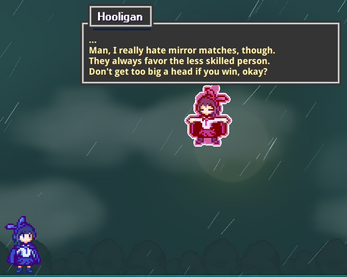